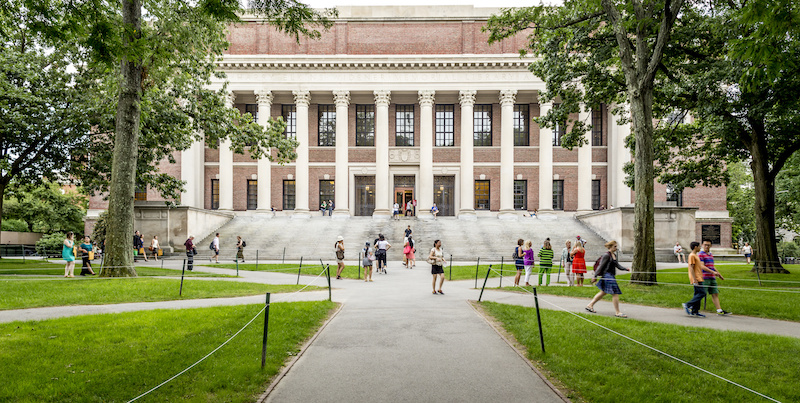 While I was surprised to see the faces of a few famous people splashed across the news, I can’t say I was shocked by the recent college admissions scandal. It’s sad, frustrating and infuriating, but not surprising.

Our current culture often sends the message that only a few select schools lead to success. This idea that your worth as a person is tied to the college that you attend is running rampant. The rich and the not so rich, often go to extremes to gain any possible advantage in college admissions.

This warped concept that your success is all about graduating from “NameBrand U” drives people to do stupid things – like pay $500,000 to get a kid into college.

The Not So Rich

The idea of money creating an advantage in the college admissions quest is not reserved for the rich only. What many people may fail to realize is that many middle and upper class families also experience multiple advantages over low income students trying to go to college.

The disparities in access to education start with the zip code a child is born into. “Income disparities in communities increased by 20 percent from 1990 to 2010, largely because of the desire people have to live within the boundaries of top-performing schools.” Other parents skip the public school system all together and can afford to pay for private schools starting from Pre-K.

On the flip, many low-income students attend schools that don’t offer the same number of AP courses, take the SAT/ACT test once often without the proper prep, can’t pad their resumes with loads of extracurricular activities because they are working a job to help family, and many times don’t even set foot on their college campus until the first day of classes.

I’ve worked in college admissions for seven different colleges in multiple states. Believe me when I say these advantages make a difference. The playing fields are not even.

The disparity, inequity and bias in the college admissions process is a decades old problem. This scandal is just another example of the odds stacked against low income and minority students.

The Inequality of Internships

Beyond the college admissions process which has layers of issues, there is an inequality that also exists in the world of college internships, specifically, unpaid internships. There are plenty of internships to go around. Quality paid internships though, not as many. According to the National Association of Colleges and Employers, 43 percent of internships at for-profit companies do not pay.

It seems like companies want to hold onto this old idea that interns have to pay their dues and work for free, as though it is a rite of passage for students to do the same today. Well, fact is college prices have doubled and in many instances quadrupled in the last 20 years. The average private college tuition is just below $35,000 and the average public college tuition is right around $10,000. Those prices don’t include room and board. The idea that students should just be grateful for the experience and opportunity is elitist.

According to a recent National Association of  Colleges and Employers Survey, 75 percent of employers report that the primary focus of their internship program was to recruit college graduates for full-time, entry-level positions.

Working without pay is a barrier that keeps qualified students from excellent internship opportunities. Without valuable internship experience, low income grads are at an immediate disadvantage in the job search process. If companiescontinue these same practices, they will never diversify their work force as they claim they want to do.

Don’t Get Defeated in the Internship Search Process

As your internship search intensifies, you start to look for internships and almost everything you see is unpaid or pays so little that its offensive. Been there. Let’s just set aside for a moment that many unpaid internships are actually against the law, and focus on this issue.

Students who can’t afford to participate in unpaid internships are basically penalized for not being able to be full-time volunteers for two months.

You have to make money to pay tuition, for transportation, perhaps to even help family, and to pay bills. Students with financial support can freely find opportunities just based on what they are interested in. Low income students have to factor in so many more concerns than just academic.

In college, I never had a full-time unpaid internship because I just couldn’t afford it. I did eight internships, a mixture of paid and unpaid. I remember when the reality of unpaid internships smacked me in the face. When I started college my goal was to work in sports in public relations, marketing or community relations.

Living in Rochester, NY the closest major sports teams were in Buffalo. The Bills and the Sabers. I didn’t and don’t know much about hockey so I started looking in January for a summer internship with the Bills. As I read the details, I saw that it was an unpaid internship. So that meant I’d have to take a full-time unpaid paid job with a 120 mile daily roundtrip commute. I needed money to pay for school. I was knocked down, but not out.

I instead refocused my attention locally on the AAA baseball team and the professional soccer team. I got an internship with the Rochester Red Wings. One of the staff told me that they thought I was first Black female intern they’d ever had. I was actually able to start in the spring as an unpaid intern for college credit.

I was asked to stay on for the summer as a full-time unpaid intern. Again, I needed money to pay for school but I wanted to learn in a professional sports setting. So what did I do? I took the unpaid internship but I negotiated my hours so I could work a paying job (actually I think I had two jobs that summer). I was the only intern that had that set up. I’m not sure if any of the other interns needed it, but I did, I asked and it worked.

Later after the summer started, I remember another intern joining the group a little late. He’d interned with the club before and returned to intern again. He’d also spent a summer interning for the New York Yankees in New York City – unpaid. How’d he do that? With his parents support.

I may have missed out on some full-time unpaid internship opportunities, but that didn’t stop me from the eight different experiences that I was able to have. I share some ways to overcome the pay vs no pay obstacle in this post, When You’re Too Broke to Intern: Paid vs Unpaid Internships.

Not being able to take an internship because it is unpaid is inequality in the internship process, but you can overcome it.

Many of the prime internships with larger companies or organizations are located in big cities. To be a congressional intern, you have to be able to spend an unpaid summer living in Washington DC. Unless you happen to live there or have some money saved or financial support, that is a challenging task to accomplish.

The same is true of internship opportunities in places like New York, LA, Atlanta, Chicago, Seattle, and San Francisco.

There are other housing and transportation related barriers as well. How will you even afford to get there? Can you afford a plane ticket if you don’t have a car you can drive that far? If you can drive, who is going with you? In NYC you can take the subway everywhere, but if you are out in Cali you need a car or big Uber budget.

Beyond the budget, the emotional stress and strain of working for little to no pay can keep you from performing your best.

This doesn’t mean you give up, that means you have to create a plan to navigate these waters. In my book, The Internships Manual: A Step-by-Step Guide to Getting the Internship of Your Dreams I talk in detail about finding creative ways to land internships in a new city. I also talk about how I balanced my paid and unpaid internships.

While working at the T-Howard Foundation I oversaw the placement of over 400 students in paid internships with companies like ESPN, HBO, the NBA, Verizon, CBS, FOX, Facebook and many others.

My team and I recruited the best and the brightest minority students from institutions across the country. We received thousands of applications annually from students attending ivy league universities, historically black colleges and universities (HBCU), large public schools to small liberals arts colleges.

T. Howard Foundation and similar diversity internship programs like INROADS and HACU work to try and level the playing field for minorities. These non-profit programs only offer PAID internships. In addition they provide networking opportunities, internship housing assistance, and a support system after graduation when looking for a job. Gaining access to these programs requires a competitive application process, but the rewards are worth it.

Learning How to Network

Each internship creates a new opportunity to consistently build the network of people you know. People in positions to offer you a job or internship. People who will serve as future references and become mentors as you grow professionally.

Start learning now how to create opportunities for yourself. You should:

I recommend that students aim to do at least four internships before graduation. If you need help getting started get my free Internship Manual toolkit for a starting off point.

Networking can be an intimidating situation, but it is a necessary art to learn early in your college career. By the time you graduate you will have the confidence to keep growing your network. And, soon you will be the professional in a position to open the door for someone like you. You will be in the position to hire paid interns in your department or for your business. Obstacles exist and until they don’t we learn to work around them. Then, we help others and together create change.